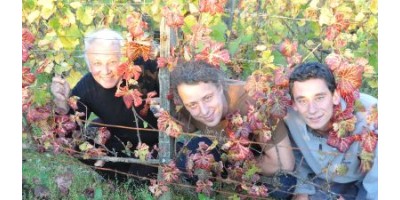 The long history of the company "Champagne Fleury Pere & Fils" began in 1895. First, the grape growers of the region were only versektet here. In 1901, the own vineyard was added. 1929, the first champagne was made of the farm. Jean-Pierre Fleury began in 1970 as a pioneer in Champagne with organic viticulture. According to the motto "tradition with modern technology and environmental awareness," Jean-Pierre Fleury used for fertilization of vineyards exclusively organic compounds. The tillage is done mechanically and the old tradition. "This is the harmonious balance between air, earth, light and fruit preserved," says Monsieur Fleury. The effects of anthroposophic approach are unmistakable. Consequently, biodynamic agriculture is operated since 1989, according to Demeter standards. The winery has its vineyards in the southern part of the Champagne region, in the area "Barséquanais". The clay and chalky soil, the classic grape varieties Pinot Noir and Chardonnay grow.

A harmonious, multiracial blend of Pinot Noir, our exclusive blend of 100% organic grapes.

fruity & harmonious
This Champagner Fleury has made a sensation in France, thanks to the slightly higher dosage very charming.

fruity & harmonic
A fruity champagne from Pinot Noir and Chardonnay. Dry, spicy, hints of fresh bread and apples, oranges and pineapples in Finish.
26,90 €
including 19% VAT. , plus shipping
71,73 € per 1 l
Available now!