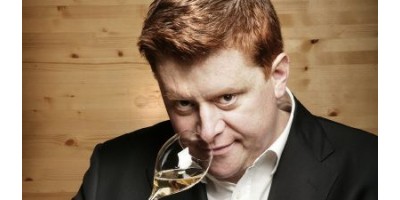 Satén, a sparkling wine so delicate, firm and elegant as silk
Satén (= silk) is the term used for the somewhat softer bottle fermentation from Franciacorta in Northern Italy. 100% Chardonnay, Barrique lighter touch and less pressure to make this champagne so harmonious. Franciacorta is the specialty of the enthusiastic group to Silvano Brescianini, which has its roots in Lombardy at the southern edge of the Alps.
All of them owners of small plots in the region, decided at that time to organize themselves against the big Area and establish its own cellar on the old estate Barone Pizzini. This is only a museum. A masterpiece ecological architecture and energy use houses since 2008 today's basement.
Away from the modern and sophisticated technical means slumber here endless bottles of champagne various cuvées. The above Satén matures for at least 36 months on the lees before being disgorged. Even the simpler cuvées like the delicate, salmon-colored Rosé Brut or the fresh, aromatic breeding mature 24 months instead of the prescribed 18 months on the lees.
Meanwhile Barone Pizzini has made a name and also the organic production method has let the local variables take notice. Silvano Brescianini is since 2011 Vice-President of the Consorzio Franciacorta.
The people of Barone Pizzini made good experiences in their cooperation, so they decided in 2000 to grow beyond its limits. With other partners in other regions of Italy to follow their idea of ??great, organic, partly biodynamic, wines produced, as for example, in Maremma and in the Marche region.

full-bodied & elegant
Classical method is prescribed for Franciacorta in Lombardy, but as good as this 100% Chardonnay (ie, a blanc de blancs) and 24 months of lees in the bottle makes this sparkling wine so sublime and delicious.